Tata Nexon EV - How far can it run?

Tata Nexon EV has been characterized as one of the most popular and affordable SUV in the electric car segment. Starting from 14 Lakhs, the EV has a battery capacity of 30.2 kWh, and is rated to give an output of a maximum power of 129 PS and torque at 245 Nm. The EV has an ARAI-tested driving range of 312 km after a single charge. Nexon has already topped the sales charts in the segment, and Tata Motors has been way ahead in the game with more than 2500 units sold of the EV in 2020 itself. Recently, Nexon EV has been in hot water regarding their claimed range and the actual range been offered. A customer has filed an official complaint citing that the EV never crossed 200 Kms after a single charge, and the claimed range is unachievable. 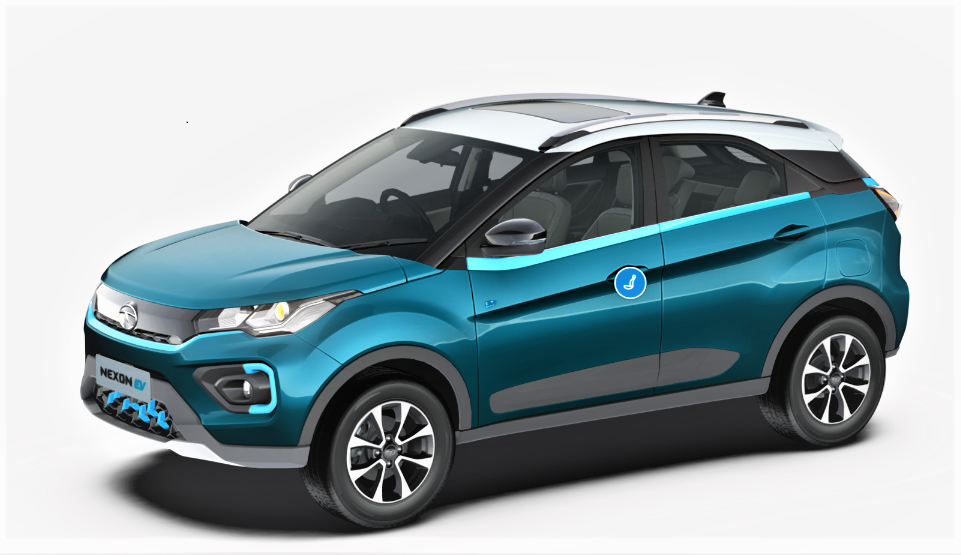 Many customers have recorded their driving summaries of Nexon. One of the users recorded 110 km after consuming 80% of the battery, hinting at a practical range of 140-150 km after a single charge. After the Nexon EV firmware update, the mileage was improved slightly with an expected range of 170-180 km after a single charge. Tata Nexon gives better mileage performance when driven on Eco Mode, and with better driving conditions, could gain a better driving range. Although the range is still pretty far away from what has been promised and a 100km difference is very substantial.

These revelations have led the company into turmoil. They received a new hit, with Delhi Government delisting the EV from their subsidy scheme following numerous complaints from consumers stating that the vehicle failed its claims of meeting the specified range. Delhi Transport Minister Kailash Gahlot confirmed that the ministry received numerous complaints regarding Nexon's sub-standard driving range. He further stated - "The Delhi government has decided to suspend subsidy on an EV car model, pending the final report of a Committee, due to complaints by multiple users of sub-standard range performance. We are committed to support EVs, but not at the cost of trust & confidence of citizens in claims by manufacturers." Tata Motors was also issued a show-cause notice by the Transport department regarding the same.

Tata Motors spokesperson has also responded to the allegation stating - "We are in receipt of the mentioned notice and are taking all possible measures to address the concern. The range at single full charge (312 km) for the Nexon EV is basis the certification received from the Automotive Research Association of India (ARAI), which is the official body that independently tests all mass produced vehicles under standard/defined test conditions before they can be offered to customers. As with conventional vehicles (with IC engines), the actual range achieved in EVs is dependent on AC usage, individual driving style and the actual conditions in which the vehicle is driven. The range achievement is also a function of familiarity with the new technology, and customers report improvements upwards of 10% within 4-6 weeks of familiarity. Since its launch a year ago, the Nexon EV has consistently grown in popularity to become India’s highest-selling electric vehicle with nearly 3000 families enjoying the pleasure of owning and driving it. We receive several positive testimonials from our customers and are encouraged to see them exploring places with Nexon EV and sharing their experiences."

While the situation is still unfolding, indeed, the mileage claimed by the bikes and cars are rarely achieved. The testing conditions are pretty stoic, with less traffic and mostly on an even surface, whereas the vehicles' real-world scenario is far from perfect. With tumultuous roads and numerous potholes gracing India's road infrastructure, driving conditions are far from picture-perfect with traffic that can cause a delay of hours for a few kilometres. We must agree that there is a difference between what is claimed and what we get, but a clearer depiction and clarity in given specifications concerning the practical conditions must be provided.